Luke Llyod isn’t like other boys at school but luckily he knows exactly why he doesn’t fit in: he’s half alien. Being half alien comes with many benefits: he can talk to animals and can become invisible. But when the school ‘fathers vs students game’ comes up, the school bully insists on meeting Llyod’s father. However, contacting aliens is never easy.

Luke Llyod is a great twist on classic story of a boy who is struggling to fit in. While the story is definitely geared to younger audiences, it’s a production that anyone can take something away from. The acting is great, especially from such a young cast and stand out performances are made by the Bully and Luke Llyod. The production uses three projectors that are seamlessly integrated, for a production that feels entirely modern in both themes and technology. I recommend it.

Mixology is a tv series that takes on a challenging premise, the entire series follows what happens to a group of people in one night. That’s right, enough drama goes on in one night to cover thirteen entire twenty-two minute episodes. And the creators of the show Jon Lucas and Scott Moore pull it off, almost.

Mixology is set in a bar in Manhattan. It’s a character driven sitcom: each episode focuses on one relationship or group. You have the usual collection of stereotypes: the whipped guy who just got dumped, the career driven man eater, the New Jersey housewife, the naïve girl, the charming British guy, the hot but dumb bartender, and any number of caricatures. As the series moves on you get little snippets into the background of each: who’s sleeping with who, who’s got a thing for certain types and it is entertaining to watch the different characters interact and flip flop between choosing which sexual partner they will eventually (at the series finale) go home with.

Watched in several doses the series would be enjoyable, but if you watch it all in one go (as I did) you see all the flaws laid bare. The humour is, at all times, light and obvious. The night never ends, and for the more critical viewer, it’s sometimes hard to continue to sustain disbelief: ‘You just got rejected by two guys you liked, why would you not just go home?’. If you are looking to be challenged, don’t bother. But if you’re looking for an easy to watch extended romantic comedy about life as a single person, then you’ve hit jack-pot.

My monologue ‘Facon’ is being performed in an amazing show called ‘Bite Me’. There are only four more chances for you to see it! Make sure you get down to Australian Theatre for Young People before it’s gone forever!

Check out some of the great reviews for Bite Me:

…”this is a production that fascinates and impresses. It is thoroughly original.” Suzy Goes See

…”is a delightful picaresque performance centring on food.” Australian Stage

…”a flowing, varied and physically interesting showcase for the Australian Theatre for Young People’s fourth instalment of its Voices Project. It is the best to date.” Jason Blake, The Sydney Morning Herald

…”Bite Me brings quite a lot to the table.” Lloyd Bradford-Sykes, The Daily Review

It’s a great show that has a huge team of creatives behind it. Support Australian writing and young people in theatre!

Harnessing the creative talents of some of Sydney’s most dynamic and prestigious playwrights, A View From Moving Windows was a play inspired by train travel to and from the thriving and vibrant geographical centre of Sydney, Parramatta. It was created as part of the Riverside Theatre’s True West season. This is a tribute video for the production created by Felicity Pickering.

The song used in this production is ‘Precious’ by Appleonia. You can purchase and find out more about Appleonia here:

It has been almost a month since I finished blogging for A View From Moving Windows. It was an amazing experience and I felt like I learnt a lot from it. It was a great opportunity to figure out the nuts and bolts of doing online marketing for a production. I want to thank Augusta Supple for giving me the opportunity. I also wanted to say thanks to all the cast, the team and the writers for being incredibly welcoming. Also, a huge thanks to Nicole Dimitriadis for being my co-blogger and comrade.

Although the production is over I suggest you check out the blog. It actually works well as a stand alone collection of creative writing  and memories inspired by train travel and Parramatta. I think so at least (I might be biased).

I started off this post wanting to highlight two pieces of writing that I am particularly proud of from the blog. It has come to my attention that this blog features very little of my own writing (except for event coverage and reviews), so I thought it might be a good way of showing my creative side. So, please read some examples of my work:

The new drama series from ABC, ‘Redfern Now’ was screened at The Block in Redfern yesterday. ‘Redfern Now’ is the first-ever Indigenous television drama and boasts a great cast including Wayne Blair, Deborah Mailman, Miranda Tapsell, Shari Sebbens, Leah Purcell, Dean Daley-Jones, Jimi Bani and Kelton Pell. The  six-part series was produced by Blackfella Films in association with ABC TV, Screen Australia and Screen NSW. The TV series is filmed and set in the suburbs of Redfern.

Last night 3000 people were met with ice cream, sausage sizzles and juice boxes at the iconic Block. Performances were made by Casey Donovan and Marcus Corowa, and despite the strict alcohol ban everyone in the audience seem to have fun. Couples cosied up on their picnic mats and kids ran around on the equipment. It was a wonderful night, mostly for the diversity of people it attracted. I definitely think the night was a great success. It certainly attracted a lot of attention to the show and seemed very well received by the audience. I’m excited to tune in. 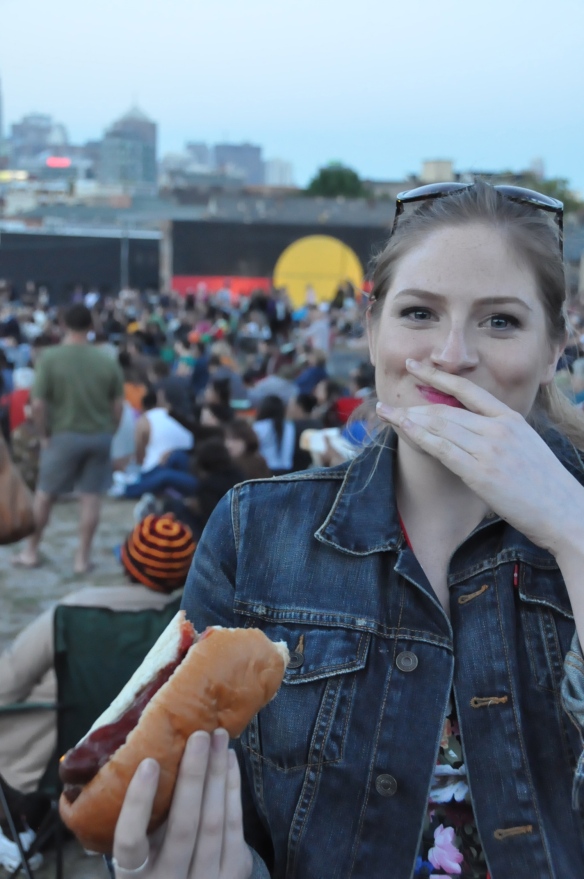 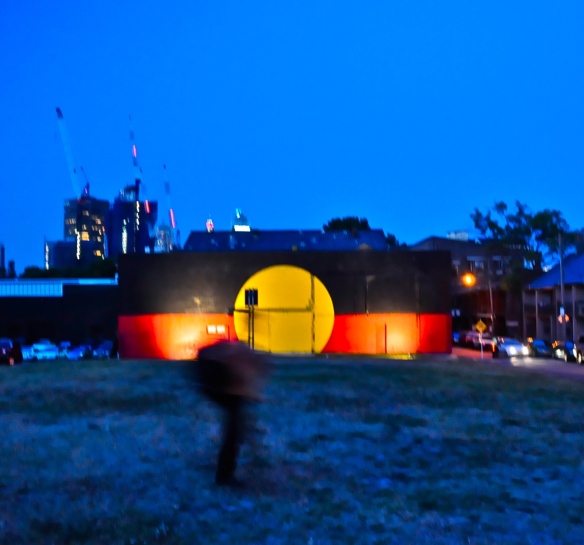 All photography by me!

When a home depot mistake breaks the separation between neighbours Sal and Ally, they are confronted anew by their co-existence. How far can neighbourly duty be pushed?

I’ve written and directed a short play called ‘Neighbours’ with Olivia Mayberry. The play is being presented by Backstage: University of Technology’s Theatre and Film Society. It will be performed on the 7th and 8th of September along with several other short plays. Come on down and check it out!

‘Neighbours’ will star Madeline Wilson and Margot Kelly. Here are some pictures of one of the rehearsals to inspire you to come.

Alongside ‘Neighbours’ you can see my talented fellow UTS Writers! Here are the rest of the shows.