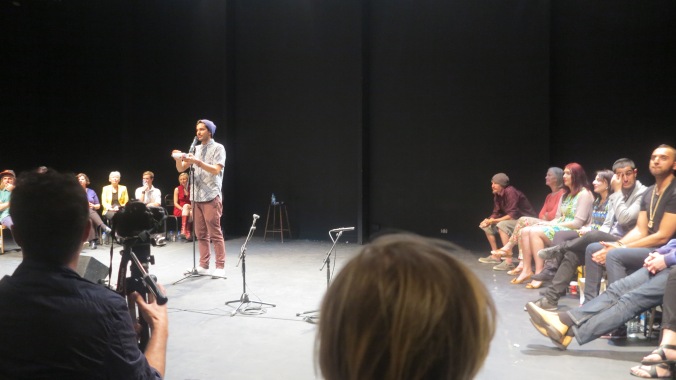 Luka Lesson hosting with charm and charisma, and a surprising level of talk about shoes.

The NSW Final of The Australian Poetry Slam was held on Friday the 11th of October, as part of The Word Travels Festival. There were feature performances by Joel McKerrow and the highly sexual Ghostboy. Luka Lesson hosted the event with charm and charisma. Thomas Hill took home the NSW title with an evocative poem about abuse. Second place was a tie, resulting in a slam off between Newcastle based Jesse Brand and Bankstown based Zohab Khan. After a fierce battle it was Jesse Brand who progressed to the Australian Finals alongside Thomas Hill.