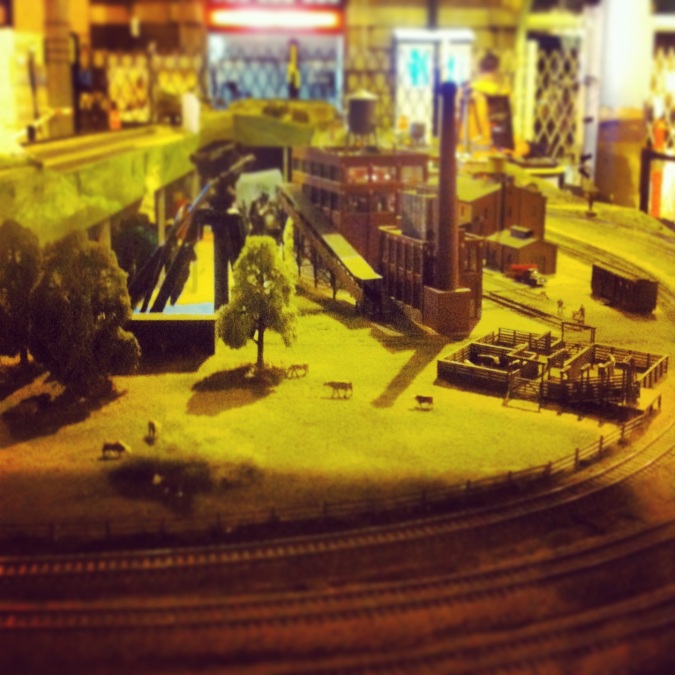 I Think I Can places a thoroughly modern concept: avatars, onto a nostalgic frame. The interactive artwork, being exhibited as part of the Art and About Sydney Festival, allows individuals to create avatars that live and interact in a large scale model railway named Springfield Junction.

Taking it’s name from popular children’s book ‘The Little Engine That Could’, I Think I Can focuses on creation and storytelling. The work is the brainchild of Terrapin Puppet Theatre artistic director Sam Routledge and artist Martyn Coutts and is presented by Performance Space and Art and About Sydney.

I found I Think I Can at the Central Station Concourse on the opening night of Art and About Sydney, and quickly decided I wanted to experience it. After an informative chat with a volunteer I decided that I would get an avatar. The first step was a personality test. Then I was presented with a selection of different avatars that I could choose from. I chose an ‘Activist’. Other avatars that you could be assigned included the Queen, a vandal, a reality TV star, or President Obama.

My ‘I Think I Can’ Passport and my selected avatar.

The next step was figuring out where he would be placed in Springfield Junction. I decided my little man should be hanging by the abattoir. Next his back story had to be established. I decided the activist was visiting friends who work at the abattoir and coming for a spot of protesting. The guy, let’s call him Ned, had decided to protest at the abattoir because he had found an embryo in a can from the factory. He’d only been an activist for about a week. This back story was recorded in an iPad.

My tiny avatar was then animated by a puppeteer and broadcast live onto a screen above the model town.

The puppeteer animates the Activist.

The Activist has become part of Springfield Junction.

I have been told that each time I come back I can change what my activist is up to and I can follow his adventures if he pops up in the ‘I Think I Can Times’: an online publication of the scandals and news of Springfield Junction.

I enjoyed the artwork on many levels. On one level, the process evoked nostalgia of model train stations and made me appreciate the enormous capacity we have as children to create fictional worlds. This element allows the work to be family friendly, it’s great for kids and it’s cheap (free to participate)!  On another level, I enjoyed the art work for all statements that it was making. I Think I Can made me consider how much we try escape our own lives through building hyperreal (often better) versions of ourselves, and our lives. I Think I Can felt like a tangible version of Second Life that was framed in a nostalgic way, making such virtual worlds that are traditionally seen as strange and deviant, playful and natural. It made me realise that this identification with a character is something that we are drawn to even as children.

What statements do you think I Think I Can is making? 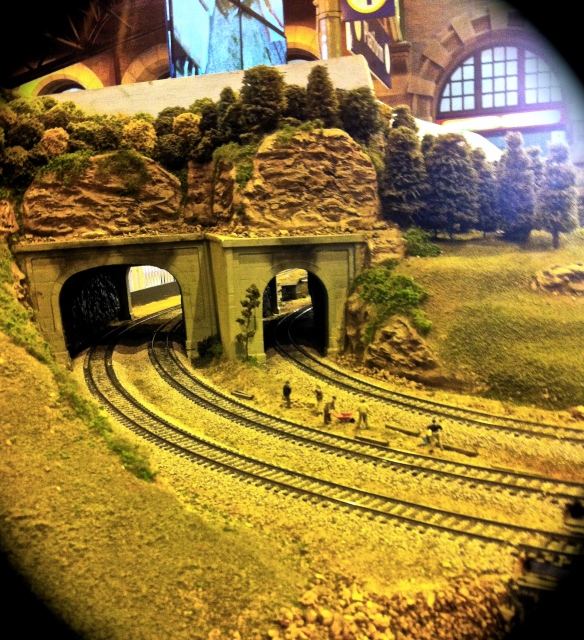 Springfield Junction is a hot bed of activity.