Sue Pickering is a Hobart based artist and musician. While visiting Tasmania I talked to her about her inspirations, living in Hobart and her upcoming exhibition ‘Light Lines’. 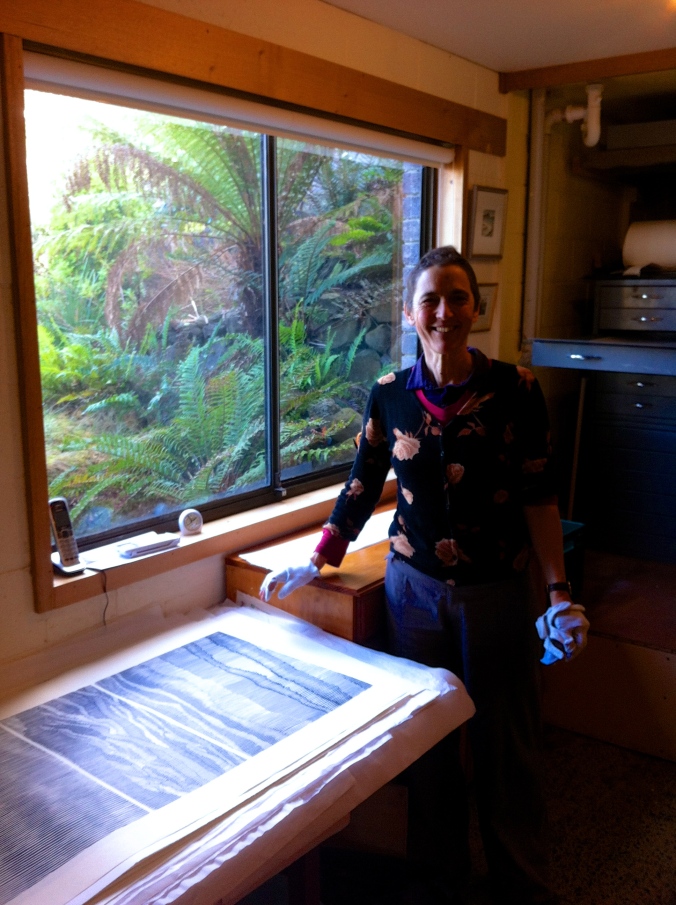 Susan Pickering in her studio.

When formulating new work what is your process for generating new ideas? Do you look at work by your favourite artists? Do you take inspiration from the natural environment or do the ideas just come?

A little bit of all of those. A lot of my work started out being inspired by music. But over the years it’s fed on itself a little bit. Often a new work will come out of an idea from an old work, a visual idea. But certainly the natural environment in Tasmania is inspirational.

While my work is bordering on abstract, somewhere between abstract and figurative, there’s a musical quality to them. They are not so much descriptive of things, as of ideas.

You’re a highly accomplished musician. Do you feel that your musical talents feed into your art making or are they separated in your mind?

The music itself, not my music but other people’s music that I have experienced as a musician or a listener, feeds into my art making.

You have a beautiful studio. Thank you for letting me see it. What attracted you to this studio?

This studio is here by the generosity of Veronica Stein, who lives in the house upstairs. When she was at art school she had enough time, being a part time student, to think about what to do after art school. She was going to build a tin shed in her backyard and discovered that it was going to cost a lot of money. It was better to put that money towards an extension of the house, that she and her partner Mike live in, and put a studio underneath the living area of the house.

Then she instigated a few other people to come together and share facilities. We went around to second hand shops and bought shelves. She made the sinks. I applied for a group grant to buy a big etching press and we were successful. We got most of the money for that, Veronica and I contributed the rest. So officially that press is owned by six people, but in effect I am the main one using it now. The others just use it when they need to produce big work.

Veronica and I jointly bought this great big old Albion style relief press, which would have been a letter press, or something that they printed wanted posters with. We bought it second hand from somebody who brought it back from the United States. 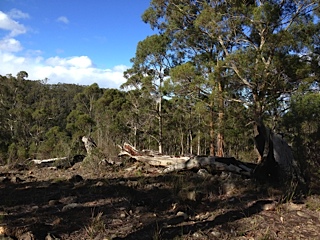 View from the Studio. 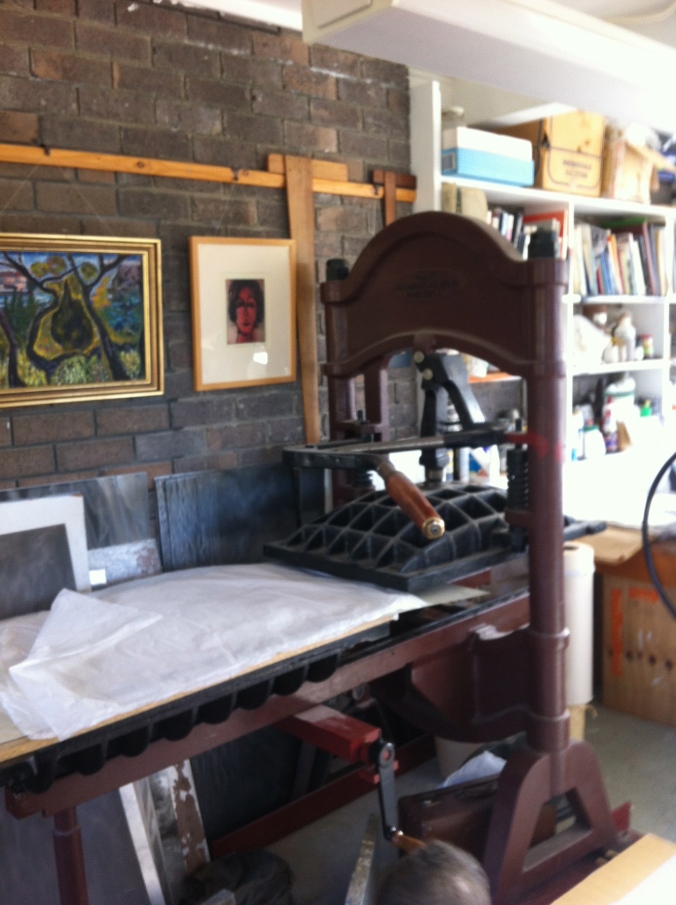 The Albion style relief press that originated in America.

Is there any thing you particularly enjoy about the studio?

The natural environment of the studio is wonderful. Just the fact that I have the studio and the equipment.

On September 5th you have an exhibition coming up at 146 Artspace. What can we expect from this exhibition? Will it be very different from your other work or a continuation of a similar theme or style?

It be will be a development out of the other work. It’s moving more to the figurative with a couple of prints that look more like landscape then the previous ones have. 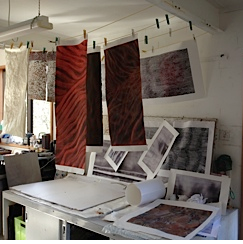 The original plan for this work was that it was going to have an exploration using colour. I’m hoping there will be a little bit more of that [exploration of using colour] that is not extremely subtle. But given the time constraints, since I haven’t been well for the last nine months, I’ve just had to go for it and get some work done initially anyway. The colour will develop after the exhibition. The purpose of life is not just to produce art for an exhibition, it’s to produce art.

Do you feel like the Hobart landscape has influenced your work?

Not Hobart, but the Tasmanian landscape. This exhibition was inspired very much by a residency last year at Lake St Claire in the mountains. And that was a follow on from a previous residency in 2005.

I’ll even include one work that, though completed much more recently, was inspired by the 2005 residency.

Any advice for artists starting out?

Susan’s exhibition Light Lines will be opened by Raymond Arnold at 5:30 pm Friday, the 6th of September, at the 146 Artspace, Hobart. It will remain open until the 3rd of October. The residency and work was funded by Arts Tasmania.

One thought on “An Interview with artist Susan Pickering”